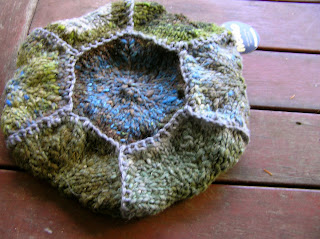 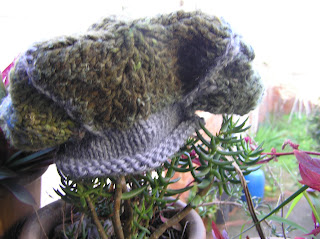 No Saturday sky photo, even late. We have just had a weekend of a dump of rain. Huge storms, nine people killed, massive damage and flooding, people still without power, much damage and lots of other nasty stuff. I really didn't want to just post what is esentially part of a fun meme. A family of four and a nephew to them were killed when their car fell into a thirty metre chasm which opened up on the old Pacific Highway. This was quite close to one of my sons and his family and their horrible death has haunted me. I imagine my own little grandchildren there, as they used this road.

One of my daughters-in-law fiinished her training for the State Emergency Services about a month ago. Passed all her tests and was issued with uniform, ID, etc. She was actually away this weekend and I joked about her missing three years experience in three days. However, I've been asked to babysit. Her group is sending SES people to help with the cleanup in the Hunter and on the Central Coast and she's probably going up on Thursday for a three day shift. Master Eight will be at school, but his little sisters are at home and their Dad has to go to work. At least it will feel like a contribution, even if indirect.

These photos show the Hexed hat from Knitty. The top one shows hat from above and the Noro label is just visible. I really did not enjoy the physical knitting with the Noro at all and it hurt my fingers. The second picture is an attempt to show the band and general shape. However, everything is still very wet outside, so I've perched it precariously on a plant. Doesn't show the shape very well. If I did this hat again, I would mattress stitch the hexagons. I think I would prefer that to the blanket stitch.

The band is a different wool, Jet, to the Noro. My gauge was right, metres on ball of Noro should have been enough, but there wasn't enough to do band as well as hat. I don't know how that works out, but that's what happened. I wasn't paying $35 just to make the band, so bought some Jet which I much prefer the feel of.

There's been other knitting, but no pictures. I gave away a large bag of scarves and hats to a friend who works on the streets of Sydney among the homeless. Several more things were done and passed on to him withut photos. Winter is finally arriving here fter a very long, mild autumn and I hope these find a useful home.
Posted by Jan at 11:53 am