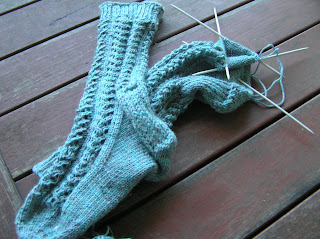 Here are the hedera socks which I started ages ago. As you can see, they are still not finished but are well on the way. I really enjoy this pattern. It's quick, easy to memorise, looks good. The colour here is fairly accurate. The wool is St Ives and I enjoy knitting with it. I have other socks done in the same brand and enjoy wearing them. The second sock needs three or four more repeats of the pattern which won't take long, and then the toe. I think this is one pattern which I will do again, although I may revert to my standard short row heel without a heel flap. I rather like the nice long leg for winter too. 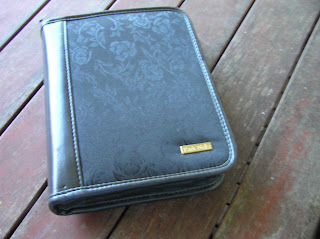 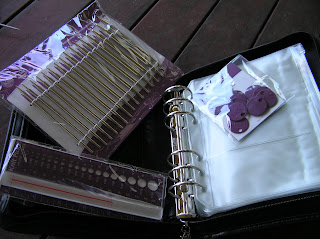 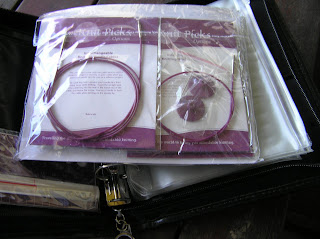 So what have we here? A lot of money. I've dithered around with these and should have ordered them at Christmas time when they first came in. Last week I bought a cheap circular because I needed one right that minute. I know others who can't wait to get home to cast on with new wool too. It was disgusting and after persevering with it for a few rows, I transferred to another needle when I came home. Stitches jammed and were impossible to move around and when I ran my finger along the needle,I could see why. It felt odd, almost textured. When I looked at the cable, I was horrified. it was thick and very unyielding.

As luck (??) would have it, the new YARN edition had an article featuring the Knitpicks needles. I was showing my husband this and complaining about the circular I had bought. He didn't quite say to go and buy them, but the impression I gained was that he really thought it would be a good idea. When I looked for the cheap and nasty one to throw out, I found he had already dumped it.

Yesterday I met a net friend from the ACT in the city for lunch. We met on the Ship of Fools site forum. After I left her, she headed for the ABC shop and I decided to go look at the Knitpicks needles. They followed me home. Perhaps not followed but accompanied me. It really felt like comfort eating as things around here are particularly unpleasant most of the time and, while I can see two posssible outcomes, neither is pleasant and both will be drawn out and painful. I figured needles would last longer than chocolate! Actually, I'm not much into chocolate and biscuits. I much prefer savoury things.

I haven't opened any of the parcels yet. There is space for a pattern or two in the folder, several sizes of needles and cords. It's the needles themselves I'm not sure of. I have arthritic fingers and these are very stiff and straight. The points look good and the cables feel amazing. Very thin and flexible. I'll give a review when I've used them a bit. I finally bought them because I don't think I'll have any problem selling them if I don't like them. There are cable ends and a needle gauge and also markers for needles size. Lots of pockets in the folder for cords etc.
Posted by Jan at 9:10 am

Your socks are so beautiful, god luck with finishing them! I know exactly how it is to have knitting items follow you home from the store :) Especially if there's a sale! Who can resist?! Enjoying your blog!