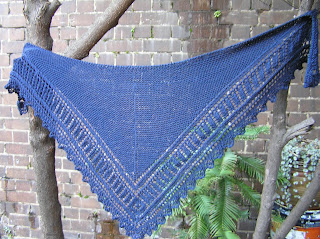 Early morning here, a bit cool but it's sunny!  We've had a lot of grey days lately and to see the sunshine is just lovely.  It hasn't done much to the temperature outside as yet, but it's light.  Not only that, but the galeforce winds of yestrday have stopped too.  I went walking yesterday twice and will probably go out today too if things remain as pleasant as they are now.  No guarantee of that.  The weather has been very variable lately.  There's no cloud around, so perhaps it will be good for a while. 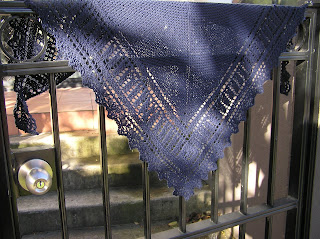 I went out very early yesterday to post a letter back to the solicitor.  It was a form and needed to be signed in the original.  I usually use email and attachments, but couldn't do this this time.  By early, I mean around 6:00 am.  It was dark, wet and very windy with lots of debris on the footpath.  I'd checked the location of mail boxes in the district.  However, when I reached Stanmore shops, there was no box.  Nothing at all.  I asked in the newsagents and the woman there suggested the other side of the station.  I finally found one, but the website for that part of Australia post is out of date.  According to it, there is definitely one where I first looked.  So I came home and made a cup of coffee to warm up a bit. 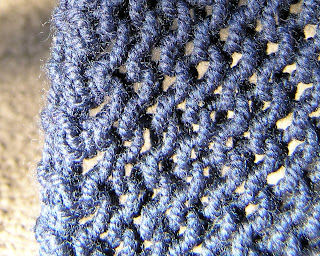 So here's Brandywine II finished, blocked and ends woven in.  It's navy, although that's a bit hard to see from either photo.  One is taken in backyard, the other from the front footpath.  Made in Bendigo Melody on 5 mm needles.  It's lovely to knit but I was a bit disappointed after I blocked it.  I think the microfibre content prevents the fabric from stretching as much as I had hoped.    The last photo shows the cast off  edge which produces an effect similar to I-cord.  It's strong but still soft and stretchy.  Cast on 2 stitches at beginning of the cast off row.  Purl 2, purl2 together.  Transfer these three stitches from righthand needle back to other needle with yarn in back.  Take yarn behind the fabric and repeat from purl 2 purl 2 together across the row.
Posted by Jan at 9:25 am

Oh that's an interesting cast off, and the BW looks lovely. Maybe the micro things did cause it to have less blockability.
We have a Post Box outside the post office at the corner, but others have been slowly disappearing as they years have passed.

I had wondered how the Melody would block - I've got three balls each of the dark green and the navy in the stash - perhaps something plainish and sturdy for the newest grandson ?
Despite your reservations brandywine looks beautiful. well done!