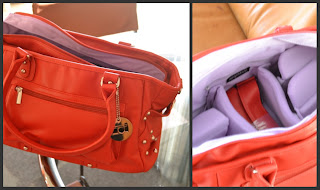 First cab off the rank in a post with a lot of pictures is my new camera bag from Epiphanie bags.

I found these on Justine Turner's blog.  I was using a bag lent to me by my friend but it really was a squeeze as it had not been designed for my Nikon D3100.  When I added the neck strap which had to be poked in to the bag, I could see I needed something bigger.  This has an across the body shoulder strap and the ends of the bag have  adjustable belts.  Inside are pockets, padded, which can be made in the configuration I want at the time.  I will buy a wide angle lens and possibly a telephoto lens when I m really used to the original which came with the camera.  I'll get  a spare battery in the next month or so as well. 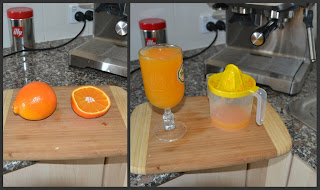 Jussi had her bag from Texas in five days.  This  took over two weeks, pretty well all of that in transit to here, according to UPS.  When it arrived there were at least five large stickers on it which said it was International Express Post.  International it definitely was, but express?  No way.  More like a carrier pigeon carrying it. I think.

I had a fruit and vegetable delivery this week.  I always get a surprise with the contents.  I can't specifically order the entire contents but can make adjustments to the order.  I like the surprises.  This week had four tangelos in the box.  Now I am at long last beginning to feel a bit better and less of a blob with a stuffed head. One blob has gone through almost two big boxes of tissues in the last two weeks.  I hardly ever use them but was glad to have them in the cupboard.  I've had some infection from the cold but don't know quite what it was.

Today I juiced three of them for a drink at lunch.  It's currently very mild here, although another cold blitz is forecast for next week.  So I ate spring food.  You can see how much juice was in them and they were very easy to juice. They were sweet and tangy. 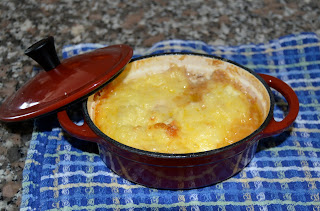 Along with the fresh juice, I had baked eggs.  This is a tiny cast iron pot with a lid.  In it went some Bush Spirit relish, about a tablespoon, two shallots sliced very thinly, about a tablespoon of light sour cream.  I usually use ordinary cream but had none.  Two organic eggs filled up the pot, I said it was small, and I put a  topping of panko crumbs and good grated cheddar.   Pepper and salt on top and into the oven.  I cooked mine with the lid on for ten minutes as I just cannot eat runny egg yolk.  Then I took the top off for the rest of the time till eggs were to my liking.  I've also used good parmesan or reggiano  on this and that's nice too.  Freshly grated, not the awful stuff from the supermarket shelf.

Talking about baking... I'd  really like a display on oven controls which reminds me to check the placement  of the shelves.  I grilled the other day and forgot to lower shelf till today.  After the oven had heated up. 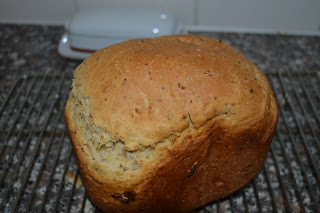 What's this?  Fresh bread with no test slice baked into it?  My sons used to be puzzled when they were small that I could cook a tray of slice with a  test piece cut from one corner.  No test of the bread today, yet. This is ordinary flour and multigrain mix about 50/50%  Some chia seeds too.  It smells wonderful.  I enjoy bread making and will try some of the no knead recipes.  This was done in a breadmaker.  I hadn't intended to get one, but my benches here are higher than I would choose and kneading ordinary bread on the bench made my shoulders very achey and sore.  I make about a loaf of bread a week and even when it's  a week old the toast is great to eat. 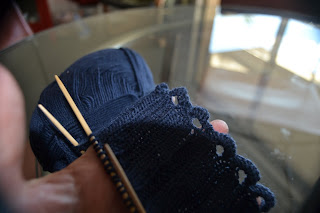 And finally the obligatory knitting content.  Patonyle socks in navy.  I found the interesting scallop and used it.  I've done ruffles before but not scallops.  I think it's different .  There was also lace for the leg and foot but I found it less than inspiring so ditched it and am doing 3x3 rib.

I've done several things in dark colours lately and it's been hard on the eyes.  I gave in and bought a daylight lamp yesterday by Chimei.  Photos next entry perhaps.  It's very good and the switch responds a bit like the old touch lights, with various degrees of brightness.  The light is LEDs rather than a tube and is supposed to last at least 15 years.  It's certainly made a difference  to my comfort last night and will be good.
Posted by Jan at 2:29 pm

Glad to hear that you are finally starting to feel better!

I can't stand runny eggs myself - in fact, the only way I eat eggs is in omelette, quiche, (savoury) impossible pie or egg and bacon pie; I must have the yolks mixed with whites!

I met someone today who was sharing their love of Patonyle!

It is nice that you are starting to feel better. It has been so cold here today I feel as though I have chilled my bones. Your knitted sock looks very pretty with the scalloped edging. I think I will need to invest in one of those day lamps as I feel my eyes aching if I have to look at my knitting during the night.

I am glad you are feeling better and more like doing things!! Very juicy fruits. Gorgeous camera bag, it will keep all your bits and bobs safe. Chia seeds would make your bread delicious. As children, we had to take turns at eating the Baker's Apron!! Nice scallops o the socks, really pretty!!

I'm suddenly needing a piece of toast and some lemonade from my tree. The power of suggestion!

That looks too yummy and delicious!!