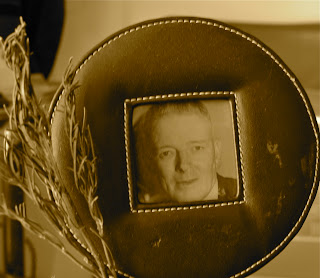 It's been a week of very slow progress.  Several things to deal with and a wrong stitch count on the first row of the second repeat  on my shawl.  I counted back, looked carefully and eventually unpicked several rows till I found my mistake.  Since then, I've knitted back up to where I was and about 30 rows beyond that.  No problem with slowness but I was becoming exasperated with not finding my mistake.  I'm no perfectionist but in this case the patterns stacked up in a line from  what had gone before and I was determined to  fix it .

I had decided to put this photo up on Anzac day but somehow the day slipped past and I hadn't done it.  This is my grandfather who died in his early 50s in the 1950s.  He served in World War I, although he was not an ANZAC.  I had sprigs of rosemary but they were dried not fresh and were quite hard to arrange on the photo.  Photo has been packed away for some years and I could not remove the mark on the frame.  No idea what it is, possibly mould at some time. 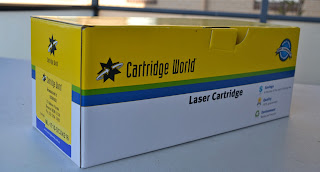 Yesterday my printer finally exhausted its toner.  It's a small Samsung but is quite old, possibly ten or twelve years.  I asked son whether I should get a new printer but he suggested a generic new laser cartridge.  The printer still works well, it was just printing invisibly.  Son thinks that it should last the length of a new cartridge and then perhaps a new printer.  The next suburb over has a shop which sells such stuff.  This was in stock, so over I went.  What a scary ride.

When I paid my fare I  could smell beer and assumed it came from  a passenger.  After I sat down in bus, I  realised I could no longer smell it.  The drive was terrible.  The driver drove far too fast, threw the bus round corners rather than steering gently around.  He drove over the top of roundabouts, pulled out into traffic without looking, once almost collecting a delivery van.  He braked roughly and did  not manage to pull up at the stops but well beyond.

What was worse was there was no identifying info around.  I took down the number of the bus, but the slot for the compulsory driver ID was empty,  I don't know if he had deliberately not inserted it or had lost it, but it legally should be there.  He wasn't in uniform and did not wear the compulsory yellow safety jacket. as I alighted from the front door, I could again smell beer, suggesting to me that it was indeed from the driver.

The minute I arrived home I was on the computer sending an online complaint from Sydney buses site.  Late in the afternoon I was sent an incident number and told someone should contact me in five days.

I hope something can be traced because the ride was quite unpleasant and scary.  All of the passengers were grabbing seats and rails for support. 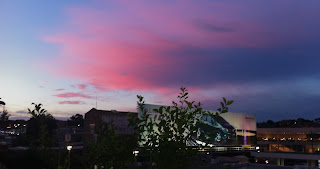 Finally the celebration of an achievement.  I glanced outside tonight in the late afternoon and saw this.  Very threatening looking clouds  There is rain forecast for tomorrow afternoon but it could be earlier by the look of these clouds.

I have been doing Project 365 for a year.  I have posted 365 photos there, one a day for a a year.  This was the last.  I had thought I would have to go  another one for a leap year and hadn't planned on this as my last.  I was thinking of something grand I could photograph tomorrow.  Never mind, I have amazed myself and stuck to it.

Actually this won't be the last but it is the 365th.  I have bought an extra year, the first is free.  I have learnt a lot and want to continue with some themes and experiments in processing.  However, I won't necessarily do one a day, that's a lot of pressure.  I'll work at my own pace.
Posted by Jan at 8:17 pm

Oh my; that bus ride does sound terrible. I hope the complaint gets through...

A beautiful photo, as always; the colours in the sky are amazing.

A great photo of your dad too. Thanks to him and all who went to war in pursuit of peace and justice.

I hope the 'bus driver' has been found and something happens.
Glad you found the mistake, it is just really annoying when you can't see it for looking.
A quiet ANZAC Day here, though my friend cooked ANZAC biscuits for supper!!

What an amazing sky. Just my colours for painting!.
Over sixties in UK get free bus passes so I ride around on them a lot, but never have any worries.That ride sounded awful.
Cheers Gillian

I hope more of the passengers complained and something comes from it - government employees are notoriously difficult to shift!