waste not, want not 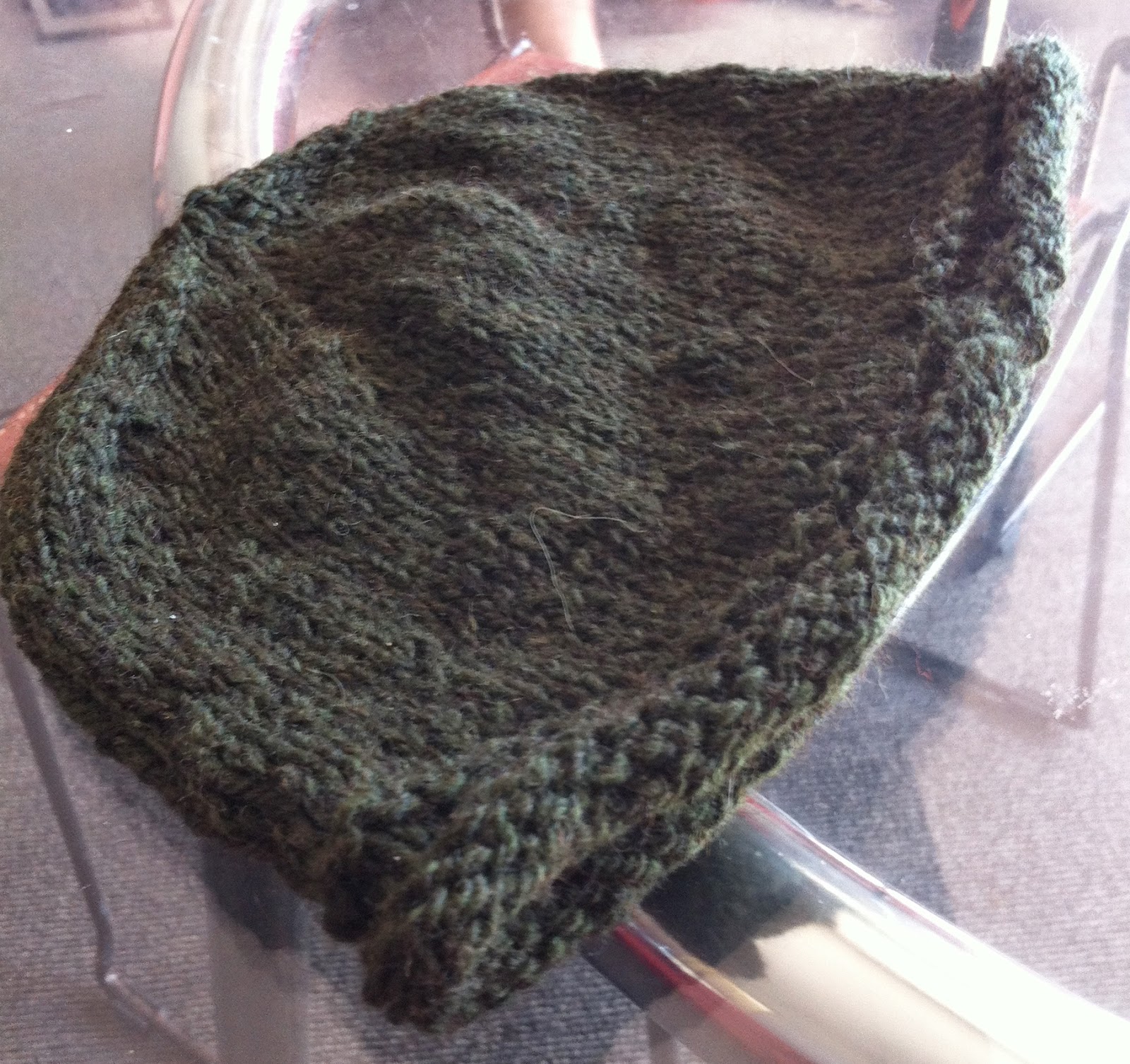 So the saying goes.  Or perhaps, "use what's to hand," only this time it applies to yarn, not the leftovers in the fridge.

Like many of us, I have lots of small balls of wool, often expensive stuff.  This time I had various bits and pieces of the Quince and Co Owl, a 10 ply.

I have made Miss M six different style and weights of chemo hats.  She also has a straw hat her mother bought.  She doesn't need more.  However, I am starting on hats for the three oncology wards at the Children's Hospital.  The hospital treats several thousand children a year. My son tell me they each have several baskets for donations.

Both of these are the Quince and Co and were quick knits.  The green has been washed, the other needs to be washed before sending it out.  It feels good to have done them for donation and feels good also that I have perhaps two metres of the blue and three of the red left and that's it.  I do have more free, as I bought more in case the cowl for DIL needed it when used double.  I'll look and see if I can find something to use as a contrast.  The red hat is nowhere near  as belled out as the picture would suggest.  I think it's the angle the phone was held at which gives that impression. 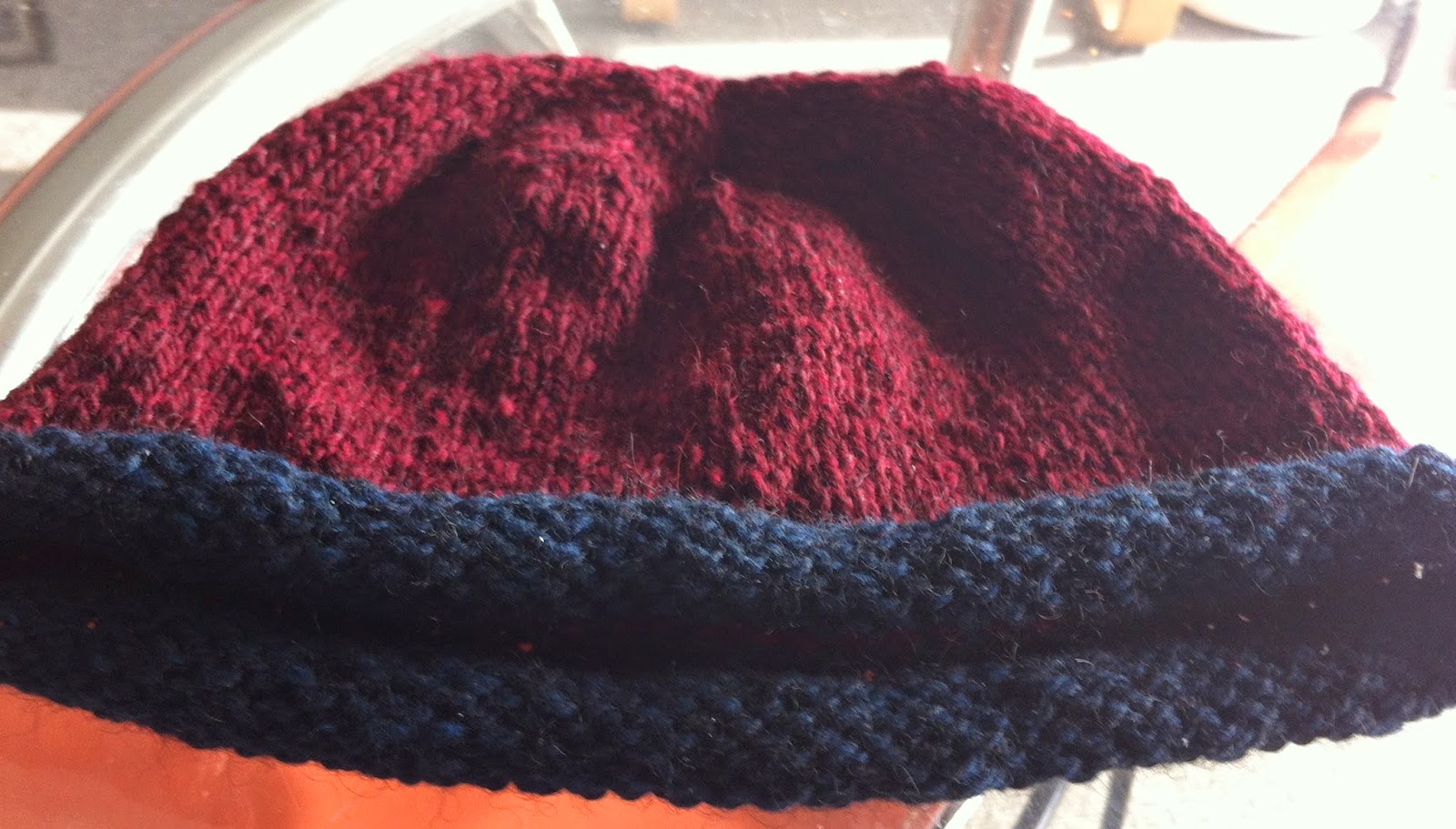 It's Sunday morning here and son has just left for the hospital.  It's Miss M's several days in for the intensive  chemo.  Last time she was in an extra couple of days for the chemo to leave her body.  He won't be back till late Tuesday evening, although he will be at work on Monday and Tuesday.  The night shifts are tiring as she has observations done every two hours and he is awake for them.

This is the last session in this round of chemo and it has been an intense, often unpleasant time.  I don't know  what's next.  We do have a schedule but as the names mean little to us, we wait till we are told more by staff.  What we do know is that the doctors are pleased with her progress.  We can't really go beyond that, although I see how tired she still is, how the chemo affects her concentration and similar.  Still, they say they are pleased, so I have to accept that.

You are very kind to knit and donate the hats. They look lovely too and will be so nice and warm to wear in Winter. It is Very Tiring when your sleep is interrupted by Obs, but it is all for a good cause, so Miss M can get well. If the Doctor and Nurses say she has done well, you can believe them. They never give false hope, so she must be doing so very well!!!